The Silversmith Audio Group is a veteran-owned company 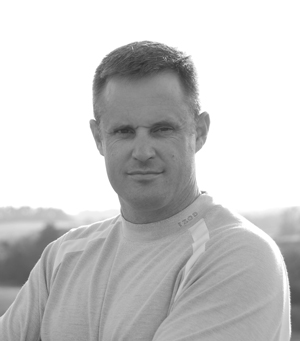 CEO/Designer Jeffrey Smith is a Wyoming native and a graduate of the United States Naval Academy with a Bachelor of Science degree in General Engineering. He also earned a Master of Science Degree, With Distinction, in Defense and Strategic Studies / Weapons of Mass Destruction Studies from Missouri State University and was a National Defense University Countering Weapons of Mass Destruction Fellow. His initial tours in the Navy included assignments in which he studied sound transmission in and worked with the acoustic environments of some of the world's oceans. Though Jeff transferred to the Navy Reserve in 1998, he continued to complete numerous active, as well as reserve, tours of duty. He retired in October 2019 at the rank of Commander with over 28 years of combined active and reserve service.

After transferring to the Navy Reserve, Jeff was able to devote more time to his audiophile hobby, including designing and building some of his own components. As a purist, he was not in search of a particular "sound". Instead, his goal was to create a system that, with the logical application of engineering and physics principles, would convey the music from source to speaker with the least degradation possible - a system which would bring the listener closer to the live event than ever before.

In pursuit of his goal, Jeff realized that it is possible to create a nearly ideal audio cable, one without the sonic trade-offs of previous designs. He founded Silversmith Audio in January 2000 and began a new generation of cable design. The Silversmith Audio SILVER line of cables was the first representation of his purist design philosophy. The Silversmith Audio PALLADIUM line of cables followed in 2002 with exactly the same ribbon geometry as the SILVER cables and the world's first palladium alloy conductor.  With skin effect properties 25 times superior to those of pure silver, PALLADIUM's state-of-the-art alloy was the audio industry's most advanced conductor material.

Dodson Audio began manufacturing audiophile quality, award winning Digital to Analog Converters (DAC’s) since 1993 when founder and General Dynamics digital engineer Ralph Dodson transitioned from the world of fighter aircraft and cruise missiles to the world of music. Though unimpressed by the first generations of CD players, he recognized the potential and was determined to improve the technology.  Ralph's quest to optimize digital playback culminated with the model DA-218, which up-samples and over-samples a variety of Pulse Code Modulation (PCM) bitstreams, including those from Compact Disc (redbook) and DVD-Audio players, to a 24 bit word length and 768 khz sampling rate.