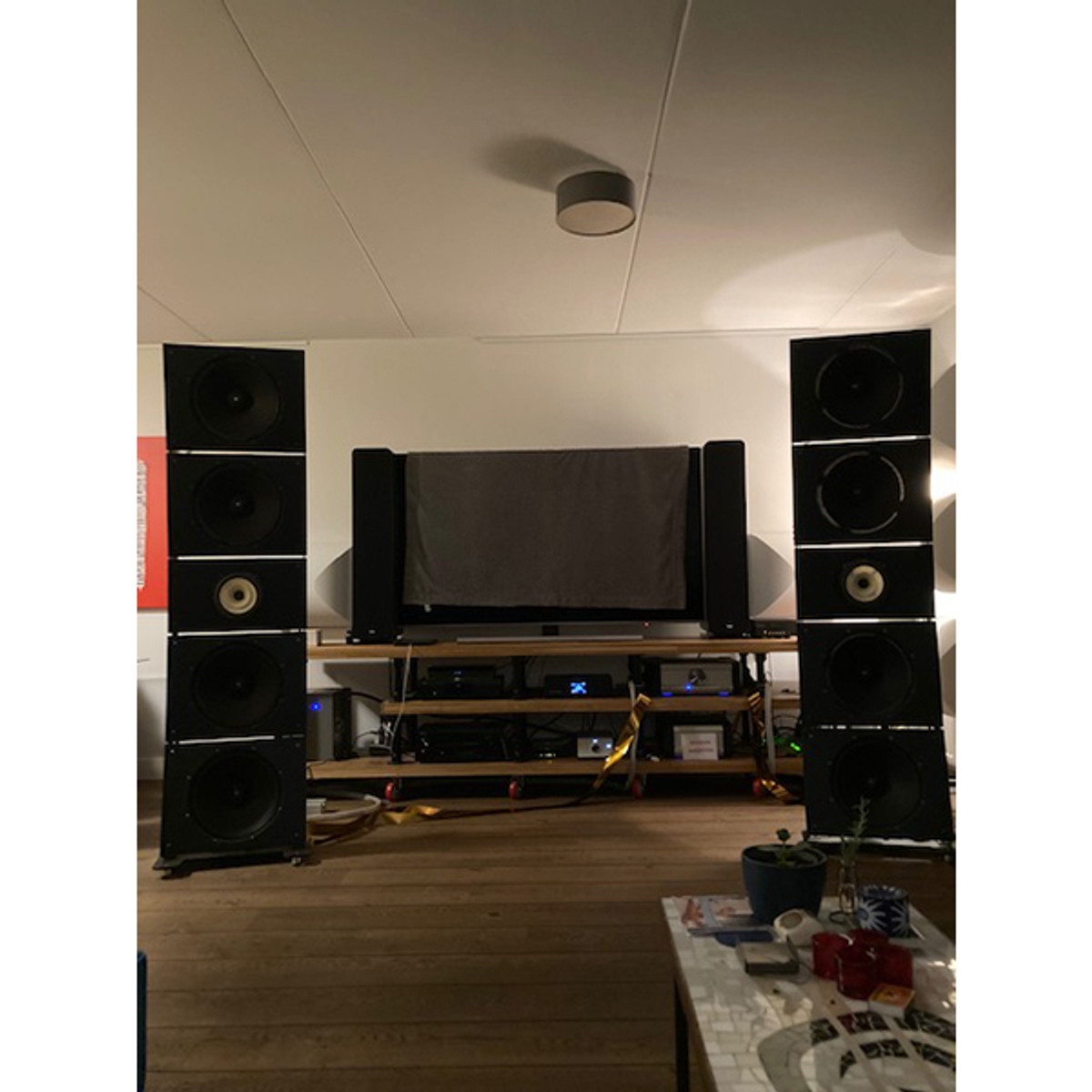 A week ago I replaced my speaker cables. Although I myself and everybody visiting (also professionals from the recording and high end audio business) all agreed that the system already sounded wonderful and satisfying.

I somehow felt that my beloved pure copper cables were somewhat of a limiting factor. I got a tip from another owner of PureAudioProject Quintet 15 speakers with is a Voxativ AC-X field coil full range unit combined with 4 woofers per side. He also said these cables were apart from being stunning in realism also the least expensive he ever bought. He apparently even uses shorter lengths to connect the field coil units to the cross over replacing the standard internal (internal sounds strange in an open baffle system) cables.

I can only say that they are indeed a revelation. This is really unveiling. It’s so clean and realistic top to bottom. The decay and the sense of the recording ambiance. It’s al so clean and believable . And one very revealing test is applause. Applause now really sounds like individual pairs of hand clapping instead of a waterfall. I have only heard this when having the opportunity and luxury of hearing recordings demonstrated by the engineers themselves like Bert van der Wolf, Everett Porter, Ben van Leliveld on their own systems.

Your theory about reducing time smearing is indeed based on physics instead of believes and apparently it works, It somehow gives the same advantages as in my Grimm Audio MU1 streaming device in which Eelco Grimm put all his theory about reducing time mistakes in the digital domain. In both cases the effect does something quite similar and the difference is not subtle.

I wrote about my experiences really positive posts on the FB site of PureAudioProject. And I am not an active user of FB at all. And I have never used any other social medium. I have even ‘begged’ John Sampson to try them in his own private system at home, which I know from having had the luxury of listening to a few times. John Sampson is the man who turned my Musical Fidelity KW550 amplifier into something all the guys in the business agree to that I should never sell that amp. Ever. We have had some really expensive ones on audition just for fun (because I can never afford them retailing for tens of thousands of euros) and they were maybe different like they all are, but none was more enjoyable or rewarding or justifying a switch of amp. I ended my email to John with the following text:

“So once more thank you for this wonderful amplifier of which I apparently still haven’t discovered the limit to what it is capable of. And please listen to these cables. They might be shocking in your highly revealing system. They are in mine! There’s just music and there’s nothing annoying. They only take an acquired taste for the way they look.”

However much I love the way these cables sound or maybe better said don’t sound, I think they are awful, shiny, “loud”, fit for a rapper. I will have to maybe sow a tube of light grey fabric (silk?) to cover them. My beloved, who although really picky in choosing furniture and colors and is the boss in terms of home decoration, really doesn’t care how large speakers are or if they are in the middle of the room and is even okay with room treatment, but she would love to see them go asap. But as she is HSP her hearing is one of the best and she cannot deny the quality of the sound they cause in the system. So ‘regretfully’ they are here to stay. Thank you and I bow to you in deep respect!

Ben van Leliveld is the man behind Acoustic Matters for acoustic advice to recording studios, advice to recording artists while recording, listening rooms in shops and in private listening rooms. And although he is a music lover instead of a gear lover, by sheer accident he also became co-owner of what is now called Listening Matters which is a shop for young people/limited budget/mainly using good headphones and maybe headphone amps, as well as for the musicians of which he has a lot as clients and audiophiles prepared to go for the best they can afford (sky is the limit) and make it sing in their homes. When I told him about my experiences he just couldn’t wait for an extensive listening session. Of course the promise of me making my sausage in puff pastry rolls which he really loves always helps in getting him here quickly. Hahaha

Yesterday I had a visit from the guys from high end store Listening Matters and acoustic advisor from Acoustic Matters. They are also part of the team of recording studio TRPTK and Spirit of Turtle.

They are familiar with my system. They said that with your cables in place they place the loudspeakers in the top three of everything they have heard and number one in creating the same sensation as when listening to the artists while they were recording.

Second they said that the system is capable of a believable reproduction of a live event in terms of tonality, power, speed and totally uncompressed reproduction at realistic live levels. That is with your cables in the system. 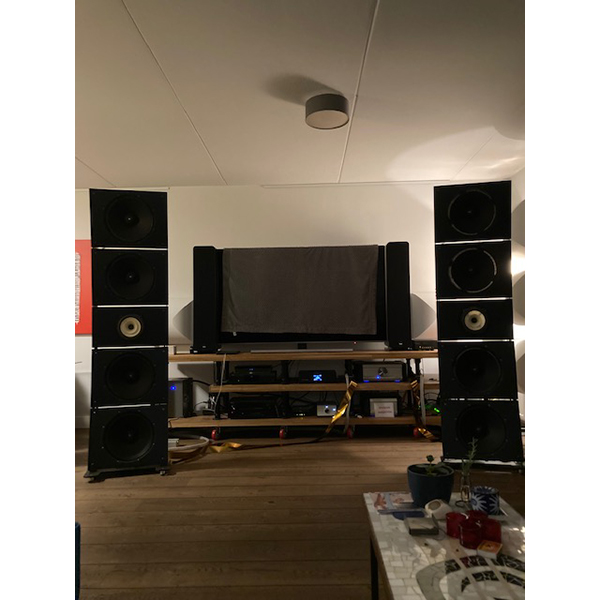