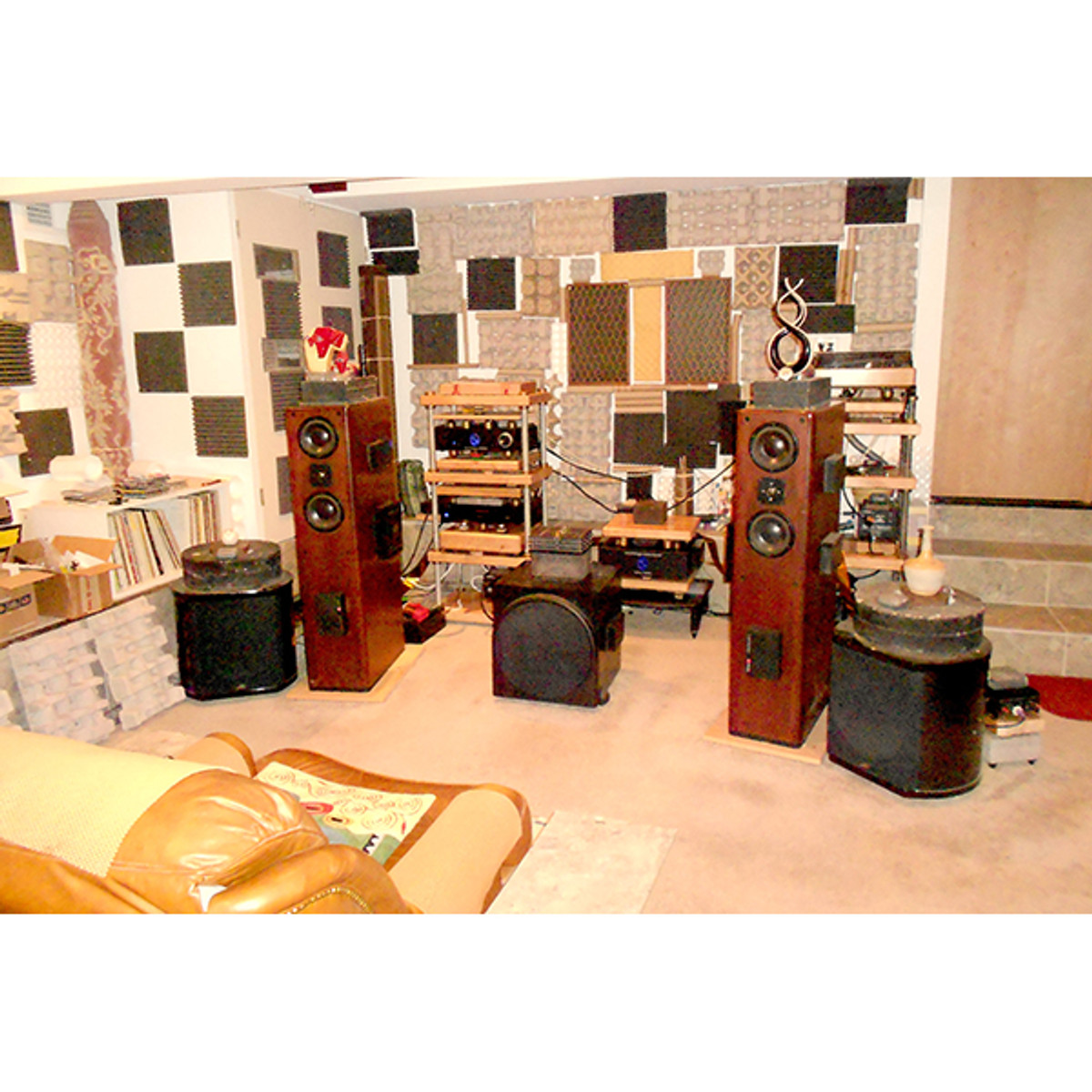 If I like a product, I tend to hold onto it for a long time.

Take my stereo gear for instance.

I love the sound, imaging and soundstage they produce and I have no intention of ever letting them go.

The same situation is with my speaker cables; the venerable Straightwire Maestros. But in this case I knew that I would eventually upgrade them.

Both components have always been a tad bright, even with all-tube Amp, Pre Amp and CD Player on the front end.

After many years of constantly tweaking, I hit upon a combination which helped alleviate almost all of the glare.

The only “problem” remaining was a time smearing element to the sound. Fast piano and bass notes were not quite up to snuff in their separation.

Also, if I turned up the volume too much the sound would exhibit a bit of glare and the soundstage would tend to collapse.

I had long been a fan of Magnan products and currently use their interconnects and AC power cables in my system.

I’ve been looking for their speaker cable on the cheap for a while now.

I thought their approach to reducing skin effect signal doubling and phase issues would help in the articulation of fast consecutive notes (or sounds).

Plus I still had that tiny bit of brightness that needed a final taming.

I recently stumbled upon the glowing Sound Advocate review of the Silversmith Fidelium Speaker Cable.

It actually was one of the finest cable reviews I had ever read.

There was great detail coupled with a ton of enthusiasm.

Like the Magnan, it utilized a thin ribbon to reduce skin effect anomalies. Plus, it used no termination products. (a BIG deal as far as I was concerned)

There were separate + and – leads for each speaker.

A “U” notch was cut into each cable end to interface with the Amp and Crossover. I thought this was novel and highly desirable.

I called Jeff Smith and we discussed his cable at length.

One important item was that the Hales Speaker uses an external crossover with the capability to bi-wire.

This option was highly desirable to me so I broached this subject with Jeff.

He strongly recommended that I do so. Although not a deal breaker, the fact I would have to buy double the amount of cables was a bit of a concern.

Jeff replied two cable runs were not necessary and had a unique alternative configuration.

Namely, short Fidelium Crossover Jumpers with a simple but effective interconnect device right at the jumper’s midpoint where the long single speaker cable would connect.

His opinion was that this setup was as good as the traditional bi-wire method.

So just a 6’ set of speaker cables and a 1’ set of jumpers would be required.

I ordered the cables and patiently waited for their arrival.

Upon arrival, I was amazed at the light weight of them, which is understandable since the foil is less than 1/1000” thick and 2.25” wide.

The actual securing of the cables to an Amp or crossover binding post was a bit of a challenge, but not too bad.

The cable ends can be bent to fit into tight places, although there possibly are a few binding post configurations where connection would be very difficult.

Jeff told me that in a couple of months there would be finished adaptors available for those with fully plastic encased binding posts. He has been producing these adaptors by hand for those customers who needed them.

I turned on the system. No warm up.

Put my ear close to each driver. Absolute silence.

With no warmup, I slipped a CD into the player and listened.

The resultant sound was certainly very different than I was accustomed to.

Great detail but in a non fatiguing manner.

Great Highs which were hash free.

Fast transient response, but not etched.

Very low noise floor. In fact, no noise at all.

I was excited that the Fideliums sounded so good with no system warmup.

With about an hour of warmup, I was ready for some serious listening.

All the attributes I previously heard were present but heightened.

The soundstage was deeper and wider than I had ever experienced.

The imaging was pretty incredible. Each instrument could be easily localized and followed, without interference from another in the same proximity.

But there was something else that REALLY set this cable apart from anything I had previously experienced. The leading edge of each note (or sound) was wonderful, but it turns out the trailing edge and decay reproduction is incredibly super accurate. I mean SOTA!

IMO, this is the most important quality this cable possesses and sets it apart from all other speaker cables designs.

Distortions due to skin effect are vastly minimized.

Because of this, time smear/phase artifacts are virtually eliminated.

Fast piano and bass notes are truly distinct from each other.

Echoes and decays of instruments was positively other worldly.

Because of these characteristics, I was able to turn the volume up to higher levels. With my previous cables, the soundstage would collapse and the sound would harden up if I pushed them too hard.

Fideliums showed no such problems.

In the editors comments from the Sound Advocate review, it was mentioned how accurately this speaker reproduced the sound of a piano.

I can vouch for that. In spades.

The depth and power of the bass notes are just plain ridiculous.

And the highest treble notes have a real body to them, not thin and tinkly.

And again, that decay...

In closing, the sound you’ll experience from the Fidelium will be totally different than you’re accustomed to. It’s kind of unnerving until you live with it a while. Nothing stands out. Everything is in perfect balance. It’s KILLER! 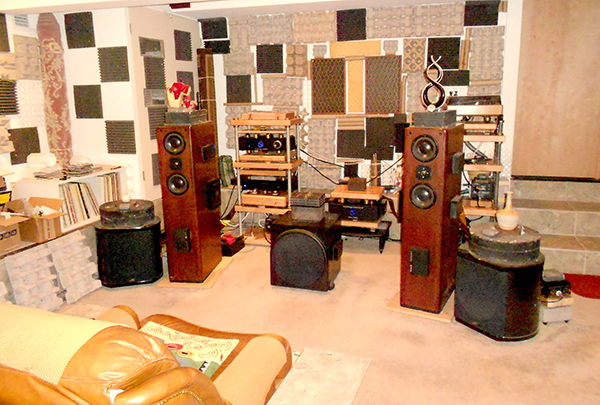 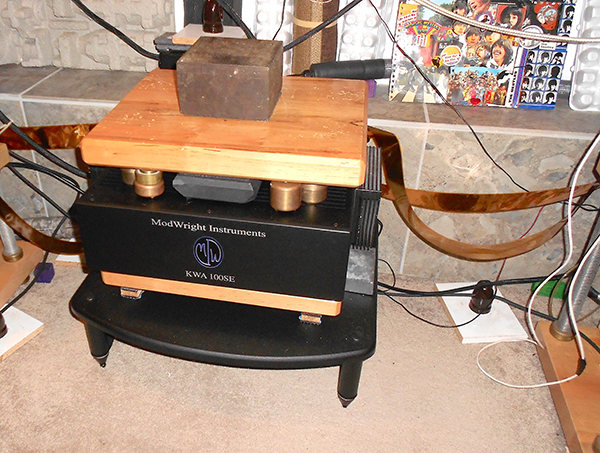 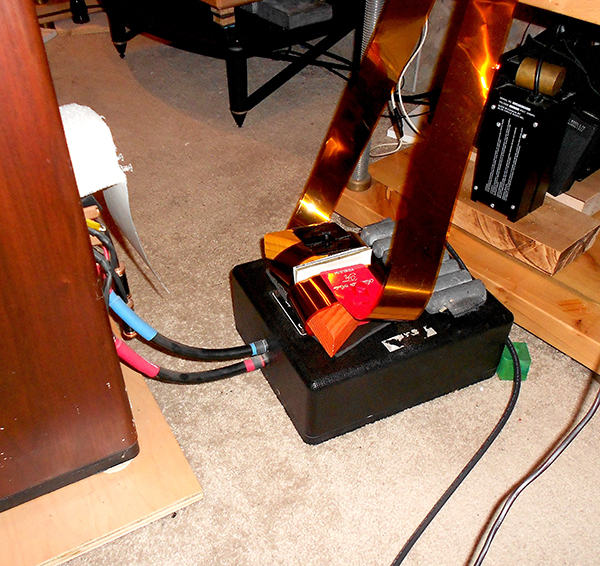 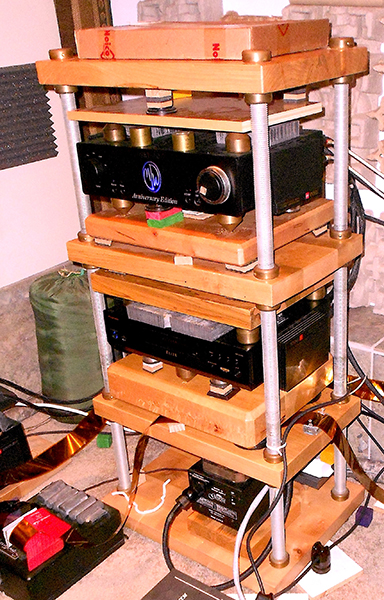 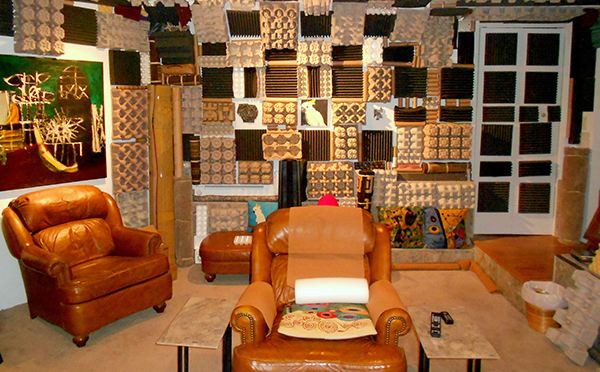